While the rest of the world frets over cryptocurrency prices, an art gallery in the UK is quietly breaking down blockchain barriers. Next Wednesday (June 20), the world will see another blockchain first: the first blockchain fine art auction. Up for sale? Fractional ownership of Andy Warhol’s “14 Small Electric Chairs” (1980).

The auction, which is being run by blockchain art investment platform Maecenas and the UK art gallery Dadiani Syndicate, will sell up to 49% ownership in the painting, which is currently valued at just under $6 million. A smart contract on the Ethereum blockchain will conduct the auction, determining the winner as each fraction is sold.

Interested buyers will be able to bid using BTC, ETH, and Maecenas’s own cryptocoin, ART. Victors will have their ownership fraction stored on the blockchain, which ensures that it’s always possible to confirm their partial ownership. Art has been sold with cryptocurrency before, of course, but this is the first time a work of such significance has been sold, and the first time that a famous work of art will see its ownership split and the auction-winning shareholders chosen and identified by an Ethereum-based smart contract.

It’s one thing for a crypto enthusiast to sell some of their artwork for crypto coins. It’s quite another for a seminal work by Andy Warhol – arguably the most famous American artist of all time – to go up for auction on the blockchain.

“14 Small Electric Chairs” is a particularly special piece, as it represents Warhol revisiting an image he’d first worked with nearly two decades earlier. It’s a massive, thought-provoking, piece that is (of course) signed by the artist and even contains a finger smear also thought to have been left by Warhol. It is, as the company that previously auctioned it in 2016 says, a “museum-quality piece:”

And of course, this isn’t just about being able to buy cool art via blockchain. Because of the profile of the piece, this auction is likely to expose crypto and blockchain to technology to a wide audience that may not have been aware of it before.

And if the auction goes well, it will serve as a real-world demonstration of a crypto use case and a way that blockchain can help democratize the world by offering regular folks the chance to own a little piece of history (where previously only millionaire art collectors could afford that).

It could also end up being the first of many such crypto auctions. Museums, for example, could generate revenue by offering fractional ownership in some of their famous works, as long as they maintained a controlling share to keep the piece publicly hung. Laypeople could band together to buy historically relevant paintings that might otherwise have been hidden away in private collections.

The art world should be watching closely next week when this auction kicks off. If it goes smoothly, it could be a sign of big changes on the horizon. 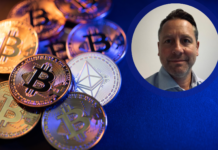 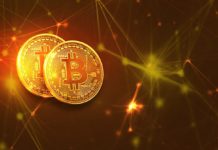