One of the biggest challenges for an an environmentally-conscious cryptocurrency enthusiast is how to square enthusiasm for the technology with its environmental cost. Bitcoin and Ethereum mining both already use more energy than small countries. The exact numbers are a topic of some debate, but the bottom line is that proof-of-work cryptocurrencies are power-hungry.

This is something that anybody who’s ever experimented with mining knows firsthand. Fire up some mining software on your own machine and listen to your fan hum (or just wait for your next electricity bill).

Electricity isn’t inherently harmful to the environment, of course, and proof-of-work mining can be earth-friendly if it’s powered with renewable energy rather than fossil fuels. But how can you mine crypto in an environmentally-friendly way if your local power plant isn’t running on renewables? Enter Moonlite. Moonlite is a new cryptocurrency mining startup that will allow anyone to buy a stake in the mining of a variety of stable coins via Moonlite’s ERC20 token (MNL).

After its upcoming ICO, the company plans to establish crypto-mining data centers in areas with low electricity costs and “clean and green” power plants. The first such center will likely be located in Iceland.

Investors will be able to buy into Moonlite via its MNL token, which is currently in pre-sale in the run-up to a late February ICO. Once the business is running, MNL token holders will be able to vote on how Moonlite distributes the revenue it generates from mining.

MNL token holders will be able to trade their tokens on public exchanges, but Moonlite is also offering a unique token buyback program on the Ether Delta exchange.

Every six months, holders will be able to sell their tokens back to Moonlite for the token’s market price plus 35% of Moonlite’s annual corporate profit. Tokens the company buys back will be “burned” – permanently destroyed – so that the number of MNL coins in circulation will drop steadily over time.

To enable this power growth, Moonlite has built frequent equipment replacement into its business plan. This, the company says, will allow it to keep up and remain profitable as the mining difficulty increases across its target cryptocurrencies.

Moonlite may also mine Ethereum depending on its profitability, although Ethereum specifics aren’t included in the company’s three-phase mining plan. Moonlite also aims to offer investors peace of mind about the legitimacy and security of its mining operations. Mining rewards will be quickly moved from hot wallets to cold wallets, and the keys to those cold wallets will be stored in a bank vault.

60% of the company’s mining returns will also be liquidated into fiat currency and invested in more traditional investment products to ensure the company is less vulnerable to hacks or severe crypto market fluctuations.

Mining facilities will be secured with a variety of hardware and software solutions including fencing, CCTV surveillance, biometric access systems, dedicated security teams, and strong firewalls to prevent any unauthorized wired or wifi access to the mining network.

Moonlite also promising investors an impressive amount of transparency. It will update investors via social media and emailed newsletters, of course, but its whitepaper also promises that investors will enjoy “direct contant” to senior management “without delay.” Investors will even have opportunities to tour Moonlite’s mining facilities in person once they’re up and running.

Moonlite will generate a total of 100 million MNL tokens, offering a maximum of 70 million to investors during the pre-sale and ICO.

Any unpurchased tokens from among those 70 million following the ICO will be permanently destroyed, decreasing the overall supply of MNL, and additional tokens will be destroyed every six months as part of Moonlite’s token buy-back plan.

For the ICO, Moonlite has pegged MNL’s value at 1 ETH to 500 MNL, which means that as of this writing, 1 $MNL costs about $2.10 in USD. However, Moonlite is currently in the first stage of its pre-sale, and is offering scaling token bonuses depending on contribution size and how early investors contribute. The minimum pre-sale buy-in is 0.1 ETH, but big spenders can get a bonus of up to 300% more tokens for their hard-earned money.

Interested parties can contribute in a variety of cryptocurrencies including Ethereum, Bitcoin, Litecoin, DASH, and Ripple, but the company’s also accepting direct credit card contributions via VISA and MasterCard. MNL tokens will be sent to an ERC20 wallet address of the contributor’s choice. And as is usual with ICOs, Americans can’t participate. As with any ICO, the big question about Moonlite is whether it can deliver what it promises. The company boasts an experienced team and advisor board, heavy on cryptocurrency and management expertise but perhaps a little light on experience setting up international data centers. And while it has big plans for its high-tech data centers, its important to remember that at the moment that’s all theoretical – the company has no operational mining centers yet, although it says it has already established relationships for the bulk purchase of industrial mining hardware.

Of course, that’s the case with almost any ICO – you’re buying into an idea and a team more than an existing product. Moonlite looks like it has a competent team, and the idea – giving everyday investors a way into mining cryptocurrency without destroying the planet – definitely seems worth pursuing. If the team can execute on what it has promised, Moonlite is yet another crypto that (sorry) could be headed for the moon. 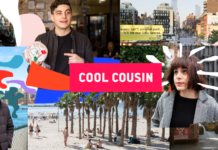