The bitcoin price has skyrocketed this year, climbing to a new record high above $24,000 before pulling back a bit. As cryptocurrencies have gained more and more attention, some famous investors have spoken up about them. Here’s what Warren Buffett, Stanley Druckenmiller and Paul Tudor Jones have said about cryptocurrencies.

Sometimes referred to as the “Oracle of Omaha,” Warren Buffett is known for his uncanny ability to predict the markets. However, some would say that he’s wrong about cryptocurrencies.

Earlier this year, Buffett told CNBC that they have “no value” and he doesn’t own any cryptocurrencies and “never will.” He said they don’t produce anything either. Buffett has been a long-time critic of bitcoin, which he called “probably rat poison squared” before the Berkshire Hathaway annual shareholder meeting in 2018. He also said bitcoin was a “mirage” and “not a currency.”

Buffett’s long-time partner, Charlie Munger, also called bitcoin a “turd” and said that trading cryptocurrencies is “just dementia.” Buffett and Munger may soon find themselves in the minority of famous investors when it comes to cryptocurrencies.

In November, Druckenmiller said that he now owns some bitcoin and that he has “warmed up to” it as a store of value. The billionaire investor told CNBC that he likes both gold and bitcoin as a way to hedge against the potential for inflation. Druckenmiller also said he expects bitcoin to “work better” than gold, although his gold position is “many, many more times” larger than his bitcoin holdings.

In 2018, he said he didn’t like bitcoin and didn’t want to own it, so his recent comments mark a significant change from his previous views. According to Forbes, Druckenmiller now thinks bitcoin will work better than gold “because it’s thinner, more illiquid and has a lot more beta to it.” He hasn’t explained what changed his mind on the cryptocurrency.

Hedge fund manager Paul Tudor Jones has been talking a lot about cryptocurrencies this year. In December, he said that everyone would probably be using “some type of digital currency” in about 20 years. Jones also said he believes the path forward for bitcoin is “north.”

He believes bitcoin’s market cap is “wrong” relative to gold and that the cryptocurrency’s price is wrong “for the possibilities it has.” Earlier in 2020, he said unprecedented amounts of money printing and stimulus were the main reasons he is now bullish on bitcoin.

These are just a few of the famous investors who have talked about cryptocurrencies this year. As time goes on, it wouldn’t be surprising if even more big names become bullish on bitcoin. 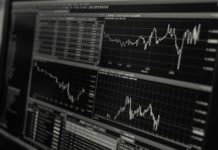