Back in the days, during the age of early men, barter was the sole means of business exchange, gradually; as civilization set in, certain natural elements like gold and silver became the means of paying for goods and services. Later, we started using coins made from precious metals as the means of legal tender, and now, we are in the age where fiat currencies have been the only legal means of exchange for decades.

As noted earlier, the evolution of humans and the intrinsic ability to innovate to create an easier means of living life has been consistent. Enter the age of cryptocurrencies, an age where the preferred means of exchange is electronic, virtual currencies.

In an interview with successful entrepreneur, Joseph Jedlowski, we discussed the future of blockchain apps and cryptocurrencies. Joe, did you see the sudden widespread surge in the popularity of the blockchain apps coming?

To say we didn’t see this coming would be outrightly lying; fiat currencies have dominated the world economy for centuries. As the years went by, its limitation became increasingly evident, hence developing a viable alternative.

Ideally, this would have been left for the governments to handle, but for the details I won’t go into, the fiat currency is a better tool for them. And because as humans, our needs go beyond what is available to us, and since we enjoy the creative ability to innovate and constantly provide means of getting our needs, it was only a matter of time before blockchain apps became a thing.

In layman terms, can you tell us what a blockchain app does?

A blockchain app is a highly encrypted and decentralized system of transferring information via computer networks in ways it won’t be hackable or alterable. Cryptocurrencies are transferred via blockchain apps.

Blockchain apps offer a relatively safe and largely untraceable mode of exchange to the average user. The ability to eliminate fraud to a large extent is a staying power. We consistently have had to deal with fiat currency fraud for so long, blockchain solves a large chunk of that problem.

What can you attribute this sudden surge in popularity to?

The blockchain gives the user a higher degree of control over their financial instruments through a wallet’s address identified only by a string of random mix of alphabets and numbers and accessed only through a unique string of keywords. The assets are transferable at will through the secure blockchain.

As long as the user can keep their sensitive information safe, their assets are safe on the blockchain, and this is in complete contrast to the fiat currencies managed by traditional banks. Since late 2020, there has been a considerable surge in the popularity of the blockchain and cryptocurrencies due to the unprecedented rise in the value of Bitcoin and the other cryptocurrencies, as time goes by, people have found more and more reasons to jump into the blockchain pool.

Besides the market’s volatility, which has won over many short-term investors, there has also been a surge in the use of these cryptocurrencies. Just recently, El Salvador started accepting Bitcoin as legal tender, and the recent ETF Bitcoin approval on the New York stock exchange makes it easier to invest in the Crypto market conventionally.

Bitcoin, which is the most popular cryptocurrency, has been projected to maintain a gradual increase in value in the long run irrespective of the short-term volatility. This has made it a popular long-term investment choice among many investors.

This is also not unconnected to why many billion-dollar companies maintain Bitcoin investment portfolios. Many of them are also coming up with ways to accept Bitcoin and other cryptos as means of exchange.

What are the downsides of the Crypto market?

The blockchain and Crypto have their limitations which is primarily the unpredictable market movement and the availability of some coins which provide little to no benefit or utility for users but heavily marketed by influencers on social media where future regulation and oversight may solve these problems. 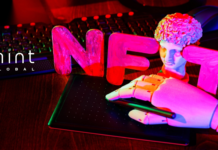