The biggest challenges for the shipping industry is the journey from origin to destination. Logistics is broken. ShipChain executives say the problems are symptomatic of a dinosaur industry, and we agree too. Nearly 90 percent of everything sold relies upon freight and logistics, yet the market has failed to adapt to modern civilization.

ShipChain is developing a fully-integrated IT system to revolutionize the process of shipping and transporting freight utilizing blockchain technology.

Nearly 130 million shipping containers were shipped last year in 2016, totaling nearly $4 trillion dollars and as many as thousands were lost without a trace. Those numbers may not seem all that bad, unless you’re the one experiencing the catastrophic loss.

More importantly, without a sufficient way to track and trace cargo through the entire process, lost shipments may never be recovered.

Inefficiency Has Created a Bottleneck

Demand is up and companies are operating at peak performance, however the downside is a lack of efficiency. Companies are not adapting quickly to the speed with which information is exchanged.

Current shipping systems use different providers and this translates into fractured communication. According to ShipChain, companies that align the principles of a digital transformation can eliminate separate infrastructures, which would unify the industry and reduce costs across multiple facets of the industry.

Slow, late, and missing cargo is a global problem. Shippers constantly struggle to pinpoint the current location of shipments. Real-time tracking and tracing is the solution.

ShipChain announced in their whitepaper they will begin collaborating with the most sought-after Electronic Log Device (ELD) developers to create a comprehensive tracking platform that meets emerging needs of cross-functional vendors.

Ultimately, this multi-sided platform will act as a catalyst, bringing together major U.S. railroads, airlines, and global shipping vendors.

It all started with the cryptocurrency, Bitcoin – the decentralized, non-government controlled currency that operates using a peer-to-peer network. The great advantage of this currency is that it works independently of the current financial system. On the blockchain, each transaction is first validated by a computer network, then the transaction is hash stored on a blockchain serving as a ledger for accountability. This in turn is then re-distributed to all computers on the P2P network where the transaction is validated.

Why is this so secure? Should someone come up with the idea to fake a transaction, they would have to change more than 50 percent of the blockchain entries on the peer-to-peer network targeted which would be nearly impossible.

This technology serves to eliminate cases of fraudulent documentation. Due to the complexity and decentralized architecture, blockchain technology can also protect companies from cyber-attacks in certain applications.

Blockchain technology allows the use of smart contracts to be utilized independent of expensive third parties, such as notaries and other legal entities.

Using the Ethereum blockchain, another distributed computing platform, ShipChain will use this technology to unify the tracking and tracing of cargo.

Ethereum is a newer open-source software innovation, which is capable of supporting more applications than just cryptocurrency. While Bitcoin addressed the application of digital currency well, it’s limited in other respects. Ethereum was created to make intelligent use of contracts and redefine old, archaic processes.

Blockchain tech is the perfect, if not almost ideal application for the shipping industry. To develop a world-class shipping platform, ShipChain is creating a decentralized web platform for booking. For example, if a shipper has multiple containers of clothing traveling from China to the U.S., the system will recognize which mode of transportation and route would be the better option, based on the dimensions and type of shipment. The client could then map and book their own routes, based on ETA, and costs. They would have full control of their cargo without any middlemen or brokers through the process.

Regardless of whether you’re a domestic or an international shipping company, engaged in air, sea or land transportation, the challenge for logistics service providers and transportation companies is differentiated at a competitive price. Achieving this is easier in theory than in practice because shippers have to manage cargo, resources and documents that are constantly moving, and do it with processes that are not confined to the parent company making the shipment. Collaboration with partners is also a challenge when taking into account the use of antiquated technology.

ShipChain understands all the obstacles and has several solutions in the works for shippers, based on experience in the markets of transportation and logistics services. The variety and quality of the functions offered with the ShipChain transport and logistics platform will be unmatched in the industry.

ShipChain Membership requires 1 full “SHIP” token. This is a requirement to access their blockchain, whether tracking or booking shipments. Transactions will be paid and settled in tokens, and can be purchased on the ShipChain web platform.

For many years, possibly decades, global shipping companies have considered expanding their technology, mainly because of the obstacles mentioned throughout this piece. Errors, delays, and overall inefficiency has the industry seeking better options, and the ShipChain platform is establishing the solution needed to propel the industry forward.

ShipChain’s “It” Factor: The Most Meaningful ICO of 2018

ShipChain solves big problems. It has one of the most talented and capable management teams we’ve ever seen. The ShipChain advisory board is a step above other ICO’s competing to receive the same investments from the same pool of investors.

It’s been noted for years that blockchain technology can greatly improve the shipping and logistics industry. Before ShipChain, nobody has stepped up which makes this ICO particularly exciting as they have first-mover advantage. Nobody understands freight, logistics, and shipping better than John Monarch. He has previous experience as a CEO overseeing an organization of nearly 200 people at Direct Outbound. He’s a worthy captain to steer this “SHIP”.

John Monarch is the founder and CEO of Direct Outbound, one of the fastest growing fulfillment/3PL companies in the country, and one of the largest in the Southeast United States. He is intimately familiar with the logistics industry in all aspects, from postal logistics and parcel private carriers to air, sea, and intermodal land freight.

Recently, we had the privilege of interviewing John Monarch right here on CoinReviews.io. Fantastic insights shared, give it a read. Most blockchain-tech companies are not thinking about revenue or how they’ll be making money.

This is what separates ShipChain from everyone else. Sam Rusani is experienced, well-connected, and has a clearly defined role focused on generating revenue. With strong financials being the lifeblood of any great company, this is a key and often overlooked role in the blockchain-tech space.

Sam is a serial entrepreneur, blockchain advocate/investor, and talent manager.

Sam has worked with some of the biggest brands in the world, such as Sony, Fender, Virgin, Universal Music, Ogilvy, Heineken, VISA, and Mercedes. He has also advised international companies and negotiated trade deals on their behalf. Where other blockchain-tech companies are failing, ShipChain seems to have competitive advantage. Brian Evans has incredible reach online with respect to marketing to Internet audiences and has positioned himself to be a power player in the cryptocurrency space as the one of the most trusted and influential writers on Inc.com covering the blockchain space.

Brian is an Inc. 500 Entrepreneur and the founder of Influencive. He has over 15 years in online advertising and helped multiple top-10 apps acquire millions of users.

Brian was ranked as one of the top influencers in the world on Forbes, and as the 4th most influential business journalist in the world with columns on Inc, Huffington Post, Influencive, and Forbes, which are read by millions monthly. While ShipChain has been relatively quiet on social media, they’ve been covered a handful of times recently and starting to make a buzz on major publications such as: TheDrum.com, Huffington Post, Hacker Noon, and TheNextWeb.com.

We’re optimistic about the future of blockchain technology redefining the shipping and logistics industry and we see ShipChain being the market leader in the space. Also, the pilot program for utilizing ShipChain with Perdue Farms is a great indicator of potential mass market adoption.

The core team is second to none and the advisory board is comprised of smart, resourceful, and trusted leaders in business.

The monetization model and the focus on generating revenue separate this ICO from other ones out there. Based on everything covered, our expectations are high for ShipChain. 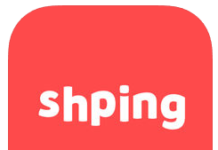