The world has changed significantly since the dawn of the Internet. The economy, in particular, has undergone a massive transformation with resources supplied by big data. Bitcoin ($BTC) is a form of cryptocurrency that has developed as a result of these changes.

Before learning about companies that accept Bitcoin, let’s review what digital currency is and why you need to become familiar with Bitcoin.

What is Bitcoin and How Does it Work?

It seems hard to believe, given the advances made in information technology in the last two decades, that most people still rely on traditional currencies for daily transactions. In 2009, a programmer known under the alias “Satoshi Nakamoto” created Bitcoin as a 21st century alternative to paper bills and metal coins.

This cryptocurrency is one of many that have come into existence. You can actually earn Bitcoins by performing specific data services related to Bitcoin record-keeping. The process involved is known as mining. However, you do not need to understand this process in order to own or use this cryptocurrency. Bitcoin is an online currency that anyone can use to purchase goods or services.

Why are People Buying & Investing in Bitcoin?

People buy Bitcoin for several reasons. Some buyers use it as an investment since it has a dollar-value on the stock market. Since its origins in 2009, when it had virtually no market value, the price for a Bitcoin has increased to more than $2,500 in the summer of 2017.

Many consumers, though, are using Bitcoin as it was intended: to buy goods and services online. A growing number of major businesses now accepts Bitcoin in payment.

Is It Safe to Use Bitcoin?

The digital nature of this cryptocurrency naturally concerns some people. They worry that they could be scammed or they do not trust something that does not have a concrete form. There is irony in this because all currency today is really just a bunch of numbers in bank accounts accessed online.

Nevertheless, Bitcoin supporters can point to several factors which make this cryptocurrency just as safe as regular currencies if not actually safer. The core protocol used to mine bitcoins is completely public. Thousands of different researchers have spent years reviewing the security and reliability of Bitcoin. They have repeatedly proven its reliability.

Furthermore, Bitcoin’s safety is guarded by password protection. This is how you protect all of your other sensitive data online, from email to financial transactions.

How Does Using Bitcoin Compare to Using PayPal or Credit Cards?

The answer to this question depends on how you are making purchases online. Certainly, you can use Bitcoin to make purchases online or even at specific business locations just as you would use any other currency to complete such transactions.

Bitcoin is advantageous for its unique existence separate from institutions such as banks or credit card companies. You do not need any such entity to process or approve your transactions when you make a purchase with Bitcoin. Anyone with an internet connection can buy and sell with Bitcoin online.

The only caveat to the reliability of Bitcoin is the limited number of places that will accept it. However, as with the market value of this cryptocurrency, the number of merchants accepting Bitcoin continues to grow.

Here is just a selection of the major businesses that will accept Bitcoin as payment today:

1) Subway: A lot of the companies on this list are tech related or may seem somewhat esoteric to the average Internet user. However, you can use Bitcoin for a lot of mundane purchases. You can even buy an old-fashioned lunch and drink from Subway with Bitcoin.

2) Dell: Dell has accepted Bitcoin since 2014 for all purchases. This seems fitting because you can actually buy 21st-century technology with 21st-century money now.

3) Expedia: Since 2014, Expedia has been accepting bitcoins as payment. At the present time, though, you can only pay for hotel bookings with your Bitcoin. Plans exist to expand the purchasing power of Bitcoin to include flight bookings, car rentals and other services managed by this travel agency.

4) DISH: . This cable television service also embraced the cryptocurrency revolution in 2014. Dish is presently the only such cable provider to accept Bitcoin.

In its first 22 hours with Bitcoin, Overstock accepts $1000 worth in sales http://t.co/CRjNtq7KXw

You can buy a wide variety of household goods as well as tech devices with Bitcoin at this website. Overtsock.com stands out from some of the other vendors on this list because they make it so easy to use Bitcoins. When you reach the checkout page, you just click on the “Pay with Bitcoin” option and proceed to complete your purchase from there.

6) Intuit: Tax preparation is easy for Bitcoin owners. They can pay for Intuit’s Turbotax services and even buy audit protection with $BTC digital currency.

7) Microsoft: You can now use Bitcoin while gaming. Microsoft accepts Bitcoin for purchases made on Xbox and Windows Stores.

8) Newegg.com: Bitcoin can be used to buy electronics on Newegg.com. You can buy your next computer with digital currency, neat!

9) Etsy: Vendors who make and sell homemade goods and products can now accept Bitcoin through their Etsy store. Buyers can stay up to date on what stores accept Bitcoin as payment by visiting this link.

11)Namecheap: Individuals and businesses can purchase web domains through Namecheap.com with Bitcoin. Namecheap is the first domain name registrar to accept Bitcoin as payment. 12)Grant Cardone: Entrepreneur, best-selling author, speaker, and sales training legend. Grant Cardone accepts Bitcoin on his site GrantCardone.com, where users can purchase his books, recordings, and other products to help them and their business grow.

13) San Jose Earthquakes: Major League Soccer team San Jose Earthquakes became the first team in 2014 to accept Bitcoin in their stadium. The team based in San Jose, CA partnered with Coinbase to allow fans to purchase tickets, merchandise, and concessions using the cryptocurrency.

Why Wilmington-based Reeds Jewelers is in the #Bitcoin game: http://t.co/dvhQSbRiXY #cryptolina

14) REEDS Jewelers: The popular jewelry store with locations around the USA has accepted Bitcoin since 2014. Imagine you had the foresight to invest in cryptocurrency early and your now able to transfer that wealth into into diamonds?

Your significant other will be very pleased in the event they receive fine jewelry from your digital currency earnings.

15) Virgin Galactic: Sir Richard Branson has embraced accepting Bitcoin for customers who wish to pay using digital currency for Virgin Galactic. To the moon and beyond!

There are many other lists and resources you can read which provide information on where you can spend Bitcoin. Feel free to check out the list on 99Bitcoins.com as well as the recent list featured on ZeroHedge.com which was published in May of 2017. 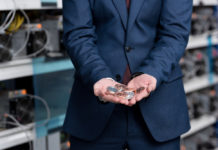